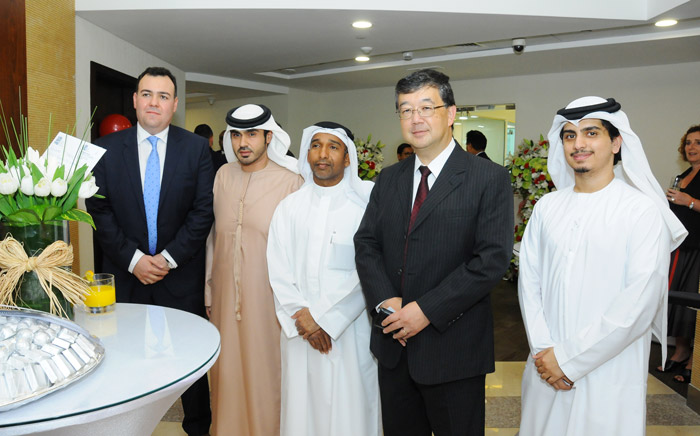 The European branch of Terumo Medical Corporation has opened a new office at the Dubai Airport Freezone to better serve its customers in the Middle East and Africa, including the GCC, Levant, Pakistan, and Africa – and pursue emerging opportunities in these key markets.

Terumo’s DAFZ office will help reduce operating costs because of its accessibility and streamlined transactions through one-stop shop services provided within the Freezone itself. The company also looks forward to future collaborations with DAFZ as its strategic ally in the Mena region for a number of initiatives set to be implemented within the next five years. Terumo is the latest addition to DAFZ’s stable of major pharmaceutical names which includes Abbot Laboratories, Actavis, Johnson & Johnson, and Himalaya Drug Company, amongst others.

Demographic trends such as a growing ageing population and increased healthcare expenditure per capita have turned the Middle East into one of the world’s most dynamic healthcare markets. The GCC healthcare business alone is projected to grow at 12 per cent per annum to $69.4 billion by 2018, offering a wealth of expansion prospects for Terumo and other major healthcare players.

“We warmly welcome Terumo as a valuable addition to our high-profile group of hosted multinational corporations. Setting up operations at our Freezone will enable our newest partner to gain easier access to the dynamic GCC, Mena and Pakistani healthcare markets. Terumo’s presence also highlights our status as a hub for some of the world’s best healthcare firms and as a preferred destination for capitalizing on business opportunities in the Middle East and nearby regions,” said Jamal bin Marghoob, director of marketing and corporate communications at DAFZ.

Mohammad Ismail, GM of Terumo Middle East, added: “Through our new HQ, Terumo will be able to facilitate business operations in the region and ensure timely and efficient distribution of our products and services to our distributors as well as engage key opinion leaders and patients at a more personalized level. We expect that our presence in Dubai will help us focus more on serving local and regional patients by making our solutions easily accessible.”