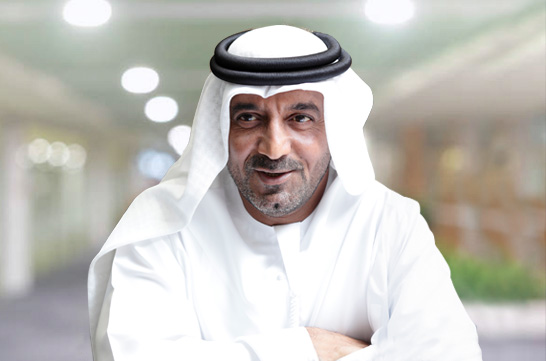 Page Content
– 12.6% growth in the total value of DAFZA foreign trade ​​
– Trade surplus of AED 19.4 billion ​
– 36.6% growth in revenues of multinational companies ​
– 135% growth of total space occupied by multinational companies​​
Dubai, UAE, March ++, 2020: Dubai Airport Freezone Authority (DAFZA) played a key role in boosting Dubai’s economic growth, with a 12% contribution to the emirate’s foreign trade in 2019, compared to 11.2% in 2018, out of a total trade value of AED 1.37 trillion recorded last year. This came as a direct result of the incentives and business facilitation services provided by DAFZA that have enhanced the attractiveness of the free zone to foreign investors.​​
DAFZA’s foreign trade exceeded AED164 billion in 2019, compared to AED146 billion in 2018, with a 12.6% growth. This was driven by more than 15.8% growth in imports worth AED 72.4 billion. There was AED 91.8 billion in total exports and re-exports with 10.2% growth, allowing DAFZA to achieve an AED 19.4 billion trade surplus in 2019.
India was DAFZA’s biggest trade partner in 2019 with 18.3% valued at AED 30 billion, followed by China with 17.3% at AED 28.4 billion. Switzerland was third with 16.3% at AED 26.8 billion. In terms of imports, India ranked first with 40.7% at AED 29.4 billion, followed by China with 39.2% at AED 28.4 billion. Switzerland ranked first in exports and re-exports and accounted for 27.4% at AED 25.1 billion, followed by Iraq with 12.3% valued at AED 11.3 billion.
In terms of goods, machinery and electrical and electronics equipment ranked first with 55% of the total foreign trade in 2019, with a value of AED 37.4 billion for imports and AED 53 billion for exports and re-exports. This was an increase of 14.3% or AED 11.3 billion in DAFZA’s total trade. This was followed by precious stones and metals with 38% of the total import value at AED 29.6 billion and AED 32 billion in terms of exports and re-exports. This meant an increase of 10.4% worth AED 5.8 billion. Both sectors represent 92.6% of DAFZA’s total trade.
​
DAFZA witnessed an impressive growth in operations of its hosted multinational companies, cementing its position as an attractive destination for companies, looking to benefit from DAFZA’s portfolio of exceptional services, incentives and business facilities. In 2019, DAFZA’s total revenues of multinational companies increased by 36.6% compared to the same period in 2018. The total space occupied by multinational companies increased by more than 135%.
​