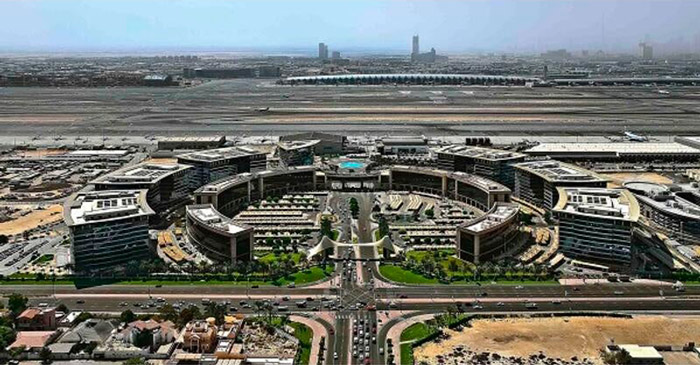 UAE, November 11, 2017 – The Dubai Airport Freezone Authority (DAFZ) has confirmed its participation in Dubai Airshow 2017 as part of its strategy of supporting the leadership’s vision of advancing economic diversification and increasing the flow of Foreign Direct Investment (FDI) to the UAE and Dubai into the aviation, aerospace and electronics industries.

DAFZ has taken several steps to offer a strategic platform for pioneering companies to establish their business in the Middle East and North Africa (MENA) region where multinational companies comprise 38 per cent of the total number of companies involved in aviation and related fields, while American and European companies account for 47 per cent. GCC and Middle Eastern companies, on the other hand, constituted 39 per cent.

The growth of the aviation sector in DAFZ is a key indication of its contribution to the inflow of foreign investment and growth of Dubai’s GDP. The aviation industry accounts for 8 per cent of the companies operating in DAFZ, occupies 10 per cent of the space and 17 per cent of the employees in the Freezone. DAFZ also pays special attention to the aviation sector in terms of development programs and events, a recent one was the ‘Boarding to Success’ forum, which brought together several aviation companies in DAFZ and representatives of government agencies in the aviation sector to showcase the latest developments and challenges facing the global aviation industry and how to improve the investor experience in Dubai. DAFZ has also organized a series of initiatives and workshops on the future of the aviation sector, which are based on cooperation between specialists and leaders of this sector, most notably a workshop on innovation and business development for small and medium enterprises that was held in collaboration with Booz Allen Hamilton.

DAFZ’s stand at Dubai Airshow 2017 offers a unique opportunity for participants and visitors to learn about its wide range of diverse and innovative services – both new and updated –which have made DAFZ a pioneering Freezone that goes beyond expectations in terms of sophisticated technology and major offerings that ensure the best experiences for foreign investors.

DAFZ will showcase key systems and applications as well as its latest projects and strategies that are in line with Smart Dubai 2021’s strategy, and the digital transformation initiatives launched in October including Customer Relationship Management System, Blockchain, Office on cloud, and other initiatives and facilities that have positively influenced customer satisfaction and attracted more investors and entrepreneurs. These have helped advanced the growth of the aviation, aerospace and related electronics industries in the emirate.

Amna Lootah, Assistant Director General – Finance, Commercial & Customer relations Division Foster of DAFZ Innovation & Future Unit, said: “The aviation sector is a key driver of the economy of Dubai and the UAE in general. It has attained tremendous prosperity and made major achievements in a very short period of time, in terms of infrastructure, smart solutions and air cargo industry. Aviation is a strategic pillar of the local and national economic structures, posting the highest growth rates in the world, inspired by the wise vision of our leadership and driven by an integrated team diligently working to achieve this vision.”

Amna Lootah highlighted the importance of DAFZ’s participation in the Dubai Airshow 2017 as an ideal step towards enhancing direct communication with current and potential partners. Aviation is one of the key sectors within DAFZ and among those who have the largest share of total foreign investments, multinational companies and international companies.

Amna Lootah added: “Dubai has always been a pioneer in its commitment to the directives of H.H. Sheikh Mohammed bin Rashid Al Maktoum, Vice President and Prime Minister of the UAE and Ruler of Dubai, who believes in the importance of the aviation sector as a key driver of the region’s comprehensive development and an effective tool for strengthening the role of the UAE as a bridge for connecting people globally. DAFZ is working tirelessly to provide the best competitive advantages to attract more foreign investments and make the aviation sector a vital driver of Dubai’s sustainable economic growth.”

DAFZ is organizing a ‘2017 Dubai Airshow Breakfast’ in cooperation with the American Business Council in Dubai and the American Chamber of Commerce (AmCham Abu Dhabi) the trade mark of American Business Group – Abu Dhabi. The event will provide a prestigious meeting point for senior US military officials, CEOs and employees of the US defence and aerospace industries as well as diplomats and show participants. This sponsorship is part of DAFZ’s ongoing efforts to attract foreign investors and consolidate economic relations with the US business community that have grown stronger over the past 20 years, as reflected by the growing number of US companies accommodated by DAFZ in 2016.

DAFZ currently hosts some of the biggest and most prominent aviation companies– including Airbus, Boeing, General Electric, Rolls-Royce, and Bombardier, among others. In light of the development of the industry in the region, DAFZ’s participation in the Dubai Airshow will serve as a means to consolidate the Freezone’s role as an active partner in enhancing the aviation sector’s economic contribution which is estimated at AED 169 billion (USD 46 billion) or around 15 per cent of the UAE’s GDP. The sector’s contribution in Dubai’s GDP alone currently stands at 28 per cent and is expected to reach AED 195 billion (USD 53 billion) by 2020.