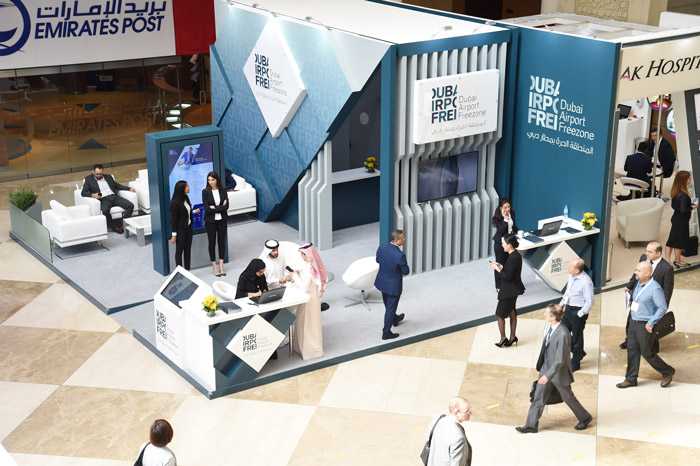 The Dubai Airport Freezone Authority (DAFZ) is showcasing its comprehensive corporate packages designed to drive regional and global business growth during its participation at Arab Health 2017, the latest edition of the Middle East’s largest healthcare exhibition and medical congress running from January 30 to February 2, 2017 at the Dubai International Convention and Exhibition Centre.
The upcoming congress will gather healthcare and trade professionals from across the MENA region and 4,400 of the world’s leading healthcare companies from more than 70 countries. It will provide an ideal platform for DAFZ to interact with existing and potential healthcare and pharmaceutical partners and investors and highlight its premium packages for companies interested in setting up operations in Dubai to enter the growing markets in the Middle East, North Africa and South Asia.
The participation in Arab Health 2017 reflecting the Freezone’s emergence as a premier business and logistical hub for some of the world’s top healthcare brands. DAFZ is further expanding its capabilities to support a booming regional healthcare market which is expected to be worth USD 71 billion by 2020 in the GCC alone. During Arab Health 2017, DAFZ will get the chance to attract more investments from potential pharmaceutical and healthcare players, giving them the freedom to grow within one of the world’s most dynamic markets. Multinational companies currently represent 30 per cent of the total number of pharmaceutical and healthcare companies within the Freezone, which includes major brands such as Abbot Laboratories, Actavis, Johnson & Johnson, Himalaya Drug Company, Terumo Medical Corporation, Panasonic Healthcare and Roche.
Abdulaziz Alhammadi, Manager of Marketing, Dubai Airport Freezone Authority, said: “As the Middle East’s flagship healthcare expo and the second largest in the world, Arab Health provides DAFZ with an excellent opportunity to show how we offer the smartest ways for healthcare organizations to set up business in Dubai. Healthcare is currently a top priority in the development agendas of the region’s states especially in UAE that aims to develop a health system in compliance of international standards by the year 2021, which is why DAFZ has put into place numerous facilities, services and incentives in the efforts to assist regional and international firms in tapping this promising market. The Healthcare sector is witnessing exponential growth in the number of foreign direct investment (FDIs), especially now that some major brands have established their regional headquarters here in Dubai.”
DAFZ recently organized a series of introductory workshops which were attended by 300 investors from France and the USA. The sessions highlighted the competitive advantages and investment incentives offered by DAFZ as a gateway for international and multinational corporations to take advantage of major opportunities within the healthcare and pharmaceutical sectors of the UAE and the Middle East. The latest key developments within the regional investment landscapes related to pharmaceutical industries and healthcare services – both of which are witnessing steady growth and significant success – were discussed as well.
The workshops were conducted by DAFZ and in collaboration with the American Business Council of Dubai and French Business Council Dubai. They aimed to attract direct foreign investments from high-value business sectors to boost the national economy and increase the GDP of Dubai. During the Health and Medical Business Forum organized by the Korea Trade-Investment Promotion Agency (KOTRA) at the sidelines of the 2017 Arab Health Congress, DAFZ officials and representatives of leading Korean companies met to explore prospective partnerships between Korea and the Middle East in the field of health and medical care.
Healthcare is one of the core innovation sectors which has been growing rapidly in Dubai in terms of foreign direct investments due to the various working and living incentives offered by the city. This year, DAFZ will introduce a new block of light industrial units with cold storage features that are highly suitable for the pharmaceutical industry.
DAFZ will occupy Stand #CC105 at DICEC to be supported by a dedicated team ready to answer any enquiries about DAFZ’s offered packages to ensure a strong and active presence at Arab Health 2017.