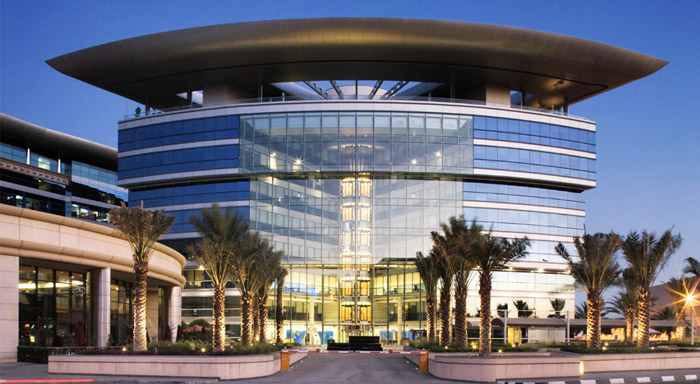 The Dubai Airport Freezone Authority (DAFZ) performed exceptionally well in Q1 2017, achieving 62 percent of its total annual sales target. This was accompanied by an increase of 7 per cent in sales revenues over Q1 2016. The freezone also posted a significant 31 per cent growth in the number of its registered companies, as compared to the same period in 2016, noting a 16 per cent rise in the number of multinational businesses, such as Fujikura, Global Sources, Armasal, Blue Star, Markolin and others. The positive financial results showed a significant increase in the demand for office space. The growth of leased office space reached 35 per cent with leased light industrial units jumping by 36 per compared to the same period last year. DAFZ’s exceptional performance can also be attributed to its plan to attract more foreign direct investments (FDI’s), which included a promotional plan targeting the world’s leading markets and vital economic sectors currently booming in the MENA region.

During Q1, DAFZ completed a tour including stops in South Korea, India, Germany, and Italy. The tour was successful as DAFZ created new strategic partnerships through meetings with major foreign investors interested in establishing their businesses in the Freezone, to capitalize on the opportunities brought forward by Dubai and the MENA region. The tour also featured the launch of the ‘Smart Office,’ a product designed specifically for developing markets. It enables multinational companies to explore opportunities for growth and expansion in the region, through flexible solutions offered by DAFZ. The Smart Office has been highly-acclaimed by existing investors, and has already achieved a 21% occupancy rate.

H.E. Dr. Mohammed Al Zarooni, Director General of DAFZ said: “The excellent results from Q1 2017 reflects our positive outlook for 2017. The growth that we are witnessing is attributed to our business model, efficient operational management, flexible yet highly efficient requirements for investments, and global market volatility. Our successful financial results reflect DAFZ’s commitment towards its efficient and value added role in driving the national economy, and we expect this growth to continue as a result of our strong operational and financial performances.”

Al Zarooni continued: “DAFZ’s approach towards empowering and encouraging Freezone operators to expand their scopes of work in the MENA region, has contributed towards the development of promising opportunities for new and existing investors, based on the pioneering approach DAFZ has taken with existing operators since its establishment. DAFZ adheres through its integrated team to the highest standards of efficiency when doing business in Dubai, to attract a larger number of international companies and foreign capital. We work to support the economic diversification of the Emirate, by providing the best incentives for investment and innovative solutions, and are determined to support regional and international investors, while enabling them to grow and learning from their experience, contributing to the strength of the GDP.”

With regards to the number of registered companies at DAFZ at Q1 2017, the information and communications technology (ICT) and electronics industry recorded 32 percent putting it on the top of other sectors during Q1, followed by the investment and business development sector with 9 percent; cargo, logistics and consumer goods with 8 percent in the third place; and food and beverages, aerospace and aviation, and machinery all coming in at fourth with 6 percent. Engineering and building materials ranked fifth with 5 percent, followed by financial, insurance, medical equipment and pharmaceuticals at 4 percent each. The other sectors collectively posted an 8 per cent of the total number of registered companies. The remarkable results achieved by Dubai over the last year have had an immense impact on the growth we are seeing this year. The Emirate’s FDI capital has exceeded AED 25.5 billion, where Dubai has ranked seventh globally. It also ranked third for its number of current foreign direct investment projects, which had totaled 247 by the end of 2016, according to a recent statistics report issued by the Dubai Investment Development Corporation.

Through its Strategic Plan 2017-2021 launched in Q1 2017 in celebration of its 20th anniversary, DAFZ aims to become a key contributor to Dubai’s economic diversification and development, as well as attract more foreign investors and leading multinational companies from all over the world.

DAFZ’s comprehensive diversification strategy will establish new sectors and attract leading companies specializing in Islamic economy. This supports the ‘Dubai…the Capital of Islamic Economy’ initiative. This will also help revitalize the e-commerce and innovation sectors, in addition to others. DAFZ expects to witness a promising year during 2017, with the completion of the DAFZ Industrial Park. The park will be the first expansion project outside of the DAFZ’s geographical scope, and will be designed according to the highest standards. Early sales procedures have already begun, and investors are now able to start the internal design process for various units, according to their needs.

In line with its commitment to the well-being of the community and the nation in terms of environmental protection, DAFZ follows a sustainable vision aimed at maintaining the Freezone’s carbon footprint at the lowest levels by employing the latest sustainability technologies. The vision has resulted in several achievements in Q1 2017, namely the reduction of power consumption by 16.9 percent, equivalent to 1,349,017 kWh – compared to same period of last year’s results. Water consumption further decreased by 24.33 percent as well, reflecting DAFZ’s effective contributions to the Dubai Supreme Council of Energy’s goal of reducing the local consumption of energy by 20 per cent by 2021.

During Q1 2017, DAFZ completed the training of freezone-based employees on safety standards and building evacuation procedures to be followed in case of fire and other emergencies. The main focus was on how to respond quickly and extinguish fires and prevent casualties. The initiative makes DAFZ the first freezone in Dubai to train all employees in companies within DAFZ scope on fire safety, building evacuation and other safety-oriented measures. Over the next two years, DAFZ will ensure that more than 7,000 employees participate in fire safety drill sessions and receive certifications in accordance with Ministerial Decision No. 505 and Dubai Civil Defense standards.

Innovation in work and technology

DAFZ continues to foster a pervasive culture of innovation and creativity. Employees recently completed the first two stages of an innovation training program as part of the freezone’s Innovation Strategy, with the other two stages to be completed within the year. The program aims to encourage diversity in ideas and initiatives. It offers both training and practical phases under which participants shall propose three innovative ideas to be implemented in 2017. These ideas will help develop DAFZ’s performance and reinforce its leading regional and international position as an advanced and competitive Freezone.

DAFZ is seeing unprecedented development in terms of ICT. Its new smart app packages enable customers to electronically obtain their licenses and complete all transactions – the new smart app adds to DAFZ’s growing list of achievements.

The smart service package along with the policy of innovation, safety and security upheld by the freezone are the major factors behind the 83.5 per cent increase in customer happiness reported by DAFZ’s service centers, and the 85 per cent rise witnessed through smart services.

In line with its commitment to helping fulfill the visions of the wise leadership, and as part of its pivotal role in achieving government objectives and upholding social responsibility, DAFZ has collaborated with specialized entities to organize seminars aimed at familiarizing customers and employees with the concept of Value-Added Tax (VAT). DAFZ has also partnered with the Institute of Management Accountants (IMA) in organizing a two-day workshop on emerging trends in accounting, technology and leadership as well as International Financial Reporting Standards (IFRS), International Public Sector Accounting Standards (IPSAS), and other topics that enhance employees’ knowledge in accounting and finance.