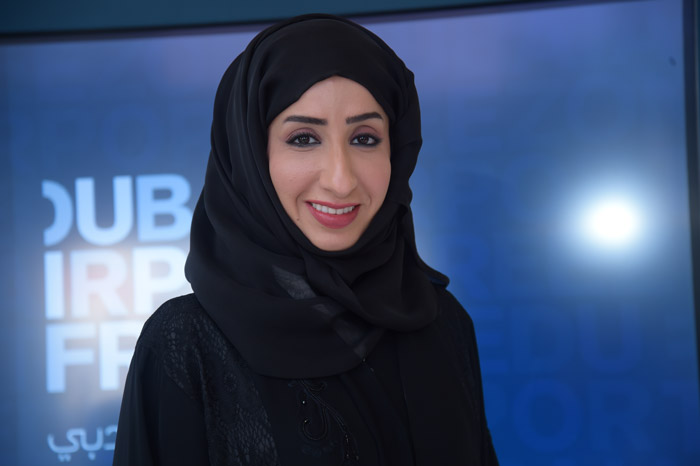 UAE, October 9, 2017 – The Dubai Airport Freezone Authority (DAFZ) has witnessed a high turnout at its stand during GITEX Technology Week 2017. DAFZ showcased its e-transformation projects based on the latest technologies, which are aimed at supporting Dubai Smart City strategy through continuous efforts, initiatives and agreements with various government and non-government entities.

DAFZ revealed its new projects that are committed towards providing customers with leading digital experiences through its Customer Relationship Management (CRM) system that has been developed in collaboration with Oracle. The system includes all stages of the customer experience within multiple interactive points and also automates various essential services and facilitates the high-speed completion of transactions, which is expected to significantly change current experiences

Buthaina Bin Fahad, Senior Director of Information and Communication Technology, DAFZ, said: “Dubai continues in its move to strengthen its strategic position of being the first in both regional and global business maps where the efficient setting up of business and faster transaction times play key roles in attracting investments and achieving the highest levels of competitiveness. DAFZ implements its strategic initiatives to attract more foreign investments by facilitating seamless transactions and processes of business establishments. It simplifies customer experiences to meet evolving requirements based on the latest techniques and at high performance and accomplishing speeds. As Oracle presents its creative solutions for managing customer relations, DAFZ looks forward to being the first and smartest option for companies planning to establish a business in Dubai.”

During the first day of its participation at GITEX 2017, DAFZ was highly commended by its stand visitors for its pioneering initiatives, most notably its “Synapse” project, which has been designed to manage digital blockchain transactions that are based on a new and smart technique for recording transactions and organizing data. The project can accurately and quickly verify various papers and documents and supports the necessary transactions to establish a business in UAE, in line with the Dubai Blockchain Strategy led by Smart Dubai and launched by His Highness Hamdan bin Mohammed bin Rashid Al Maktoum, Crown Prince of Dubai, Chairman of the Executive Council, Chairman of the Board of Trustees at Dubai Future Foundation.

As part of its continuous efforts to provide innovative solutions, DAFZ marked a major achievement through the innovative security concept embodied by its ‘Smart E-Gate Pass’ system, which aims to reduce waiting time for clients and reduces traffic in an innovative way by quickly issuing them electronic. DAFZ recently won the ‘Policing/Security Idea of the Year’ at the ‘IdeasUS International Conference 2017’ and the ‘IdeasUK International Conference 2016,’ two leading events in support of innovation. These recognitions reaffirm DAFZ’s leadership as an innovative organisation, backed by a supportive structure for innovation and creativity to better serve customers and achieve their happiness.