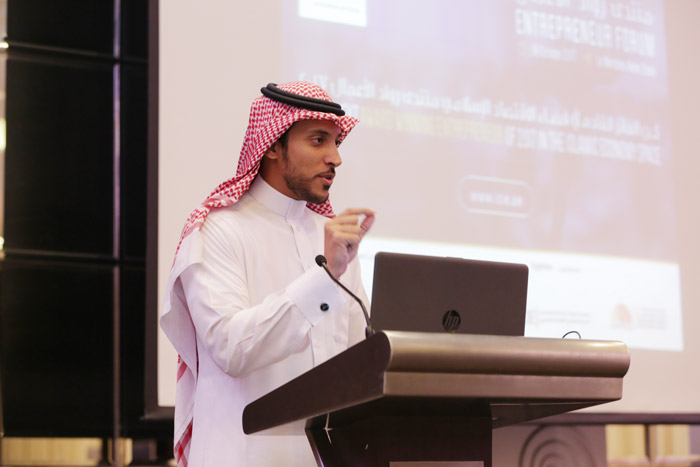 The Dubai Airport Freezone Authority (DAFZ) and the International Center for Islamic Economy (ICIE) have announced the launch of the ‘Innovation Ideas’ competition for the Islamic economy sector, in line with DAFZ’s efforts in promoting Dubai as a leading city and a global center for Islamic economic activities. The competition was launched during the Entrepreneurs Forum held yesterday (Wednesday 7th February 2018) at Le Meridien Hotel in Dubai.

The Entrepreneurs Forum, which is gold sponsored by “National Bonds”, attracted investors, economic institutions, banks, governmental entities, and trade and development centres, and aimed to transfer knowledge and expertise as well as introduce the latest entrepreneurial practices and marketing of entrepreneurial projects in line with the Islamic economy firm.

At the end of the forum, three winners received an award for presenting the most innovative ideas designed to support the Islamic economy, which enabled the participants to innovate creative projects or products in various sectors of Islamic law and economy such as Zakat, donations, finance, investment, financial markets, Halal activities, to name a few. The ‘Innovative Ideas’ competition is part of DAFZ’s vision to encourage doing business while promoting entrepreneurship and an innovation culture. It also encourages entrepreneurs and support the winners in participating in the Islamic economy.

Sultan Al Howymel, Chief Executive Officer of International Center of Islamic Economy, said: “Through this forum, the center employs competition and creativity as a strategy to stimulate innovation among entrepreneurs. By encouraging innovative ideas, we look to transform them into viable projects within the Islamic economy, which has a huge local and regional markets. The forum comes in line with the Center’s objectives to provide a platform that pushes research and development, and best practices in the Islamic economy.”

Amna Lootah, Assistant Director General – Finance, Commercial & Customer relations Division Foster of DAFZ Innovation & Future Unit, said: “DAFZ launched the Entrepreneurs Forum in line with its strategy to support the Islamic economy through innovation, placing the importance of developing new products, innovative projects and creative ideas in line with the global Islamic laws. The ‘Innovative Ideas’ competition is part of the three initiatives launched by DAFZ in partnership with the International Center of Islamic Economy to foster innovation among entrepreneurs and enrich the various Islamic markets.”

The International Center of Islamic Economy has been launched as a pioneering centre in Islamic economy to push for global initiatives and applications in line with the ‘Dubai the Capital of Islamic Economy’ initiative. The Center was formed with a strong economic foundation aimed at contributing in building a better future for global economies and markets. The Center develops economic products and services, including designing and developing specialized training programs, following international standards. It also qualifies professionals in economic organizations.