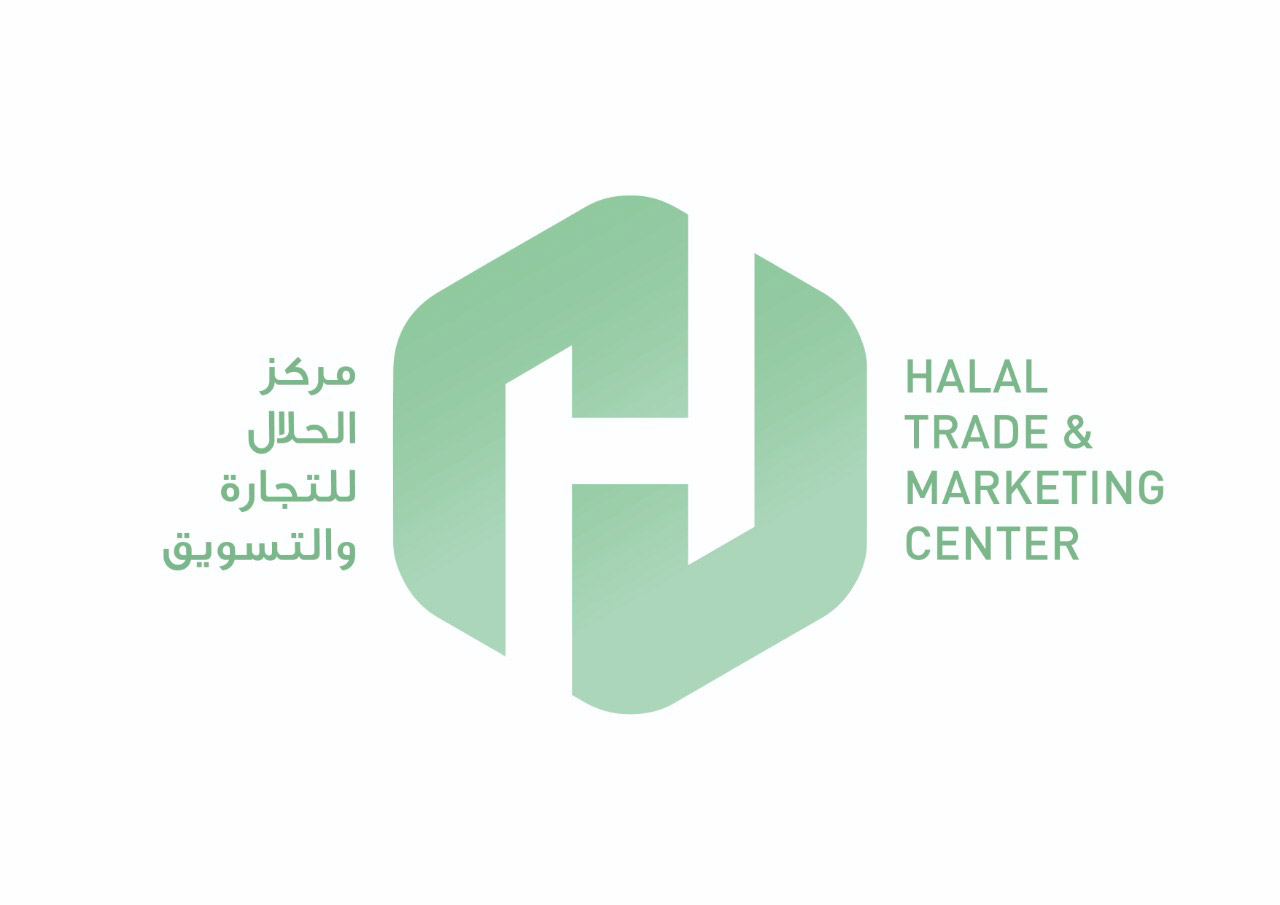 Dubai Airport Freezone Authority (DAFZ) and the Dubai Islamic Economy Development Centre (DIEDC) have launched the first of its kind Halal Trade and Marketing Centre, in the presence of His Excellency Rustam Noor Ali Minnikhanov, President of the Russian Republic of Tatarstan and His Excellency Sultan bin Saeed Al Mansouri, Minister of Economy and Chairman of DIEDC. The announcement was made on the sidelines of the 4th Global Islamic Economy Summit (GIES), an event that is held under the patronage of His Highness Sheikh Mohammed Bin Rashid Al Maktoum, Vice President and Prime Minister of the UAE and Ruler of Dubai at Madinat Jumeirah on October 30-31.

The Halal Trade & Marketing Center (HTMC) is a global business development center focused on the Halal economy opportunities for manufacturers, suppliers, and distributors of Halal economy products and services. It is hosted at DAFZ, however substantially supported by key partners across the Halal economy ecosystem. This will be achieved by facilitating services in three key categories; market intelligence, halal compliance, and growth support services.

The Centers’ value proposition is based on DAFZ’s Islamic Economy Strategy analysis that interviewed and surveyed global players and experts. In the fast growing $252 billion Halal trade market (i.e. imports to Islamic markets), a clear gap of sales & marketing support needs for the Halal economy companies was identified. Additional areas of support included, Halal certification guidance; Halal product development; and Shariah financing. Collectively HTMC delivers a one stop solution for the global Halal product manufacturers, suppliers, and distributors for all their growth needs.

His Excellency Dr. Mohammed Al Zarooni, Director General of DAFZ, said: “The launch of the Center comes in line with the vision and directives of His Highness Sheikh Mohammed Bin Rashid Al Maktoum, Vice President and Prime Minister of the UAE and Ruler of Dubai to make the emirate the global capital of Islamic economy and promote its international and regional leadership in this critical sector. The UAE is widely considered as a major business hub to serve a regional halal consumer market valued at $512 billion.

“The Center will be an excellent addition to the thriving Islamic economic ecosystem in Dubai, which currently represents 8% of the emirate’s GDP. It will support global companies, startups, and businesses operating in this sector, as well as foreign investors entering the market and launching their operations in Dubai. It will promote DAFZ’s strategic plans and those related to the Islamic economy in particular. DAFZ will continue to elevate its status as one of the best and most advanced free zones in the world.,” added the Director General.

His Excellency Abdulla Mohammed Al Awar, CEO of Dubai Islamic Economy Development Centre said: “The launch of the first Halal Trade and Marketing Centre of its kind in the region is an important step in our journey to cement Dubai’s position as the global capital of the Islamic economy. The centre will represent a reference on the international level for companies and entrepreneurs, offering a range of sales and marketing services to facilitate operations with various sectors of the Islamic economy including manufacturers, suppliers and distributors of Halal products and services.”

“We are proud of the continuous growth we’re witnessing through the collaborative efforts of our strategic partners that are interested in contributing to the development of Dubai’s Islamic economy. The launch of the centre included announcing 17 new strategic partnerships with service providers of local government bodies and institutions, as well as we international banks, organizations and companies. This ultimately leads to an added value to the national economy and supports the UAE’s plans for sustainable economic growth,” he added.

The Center will complement the services provided by DAFZ to companies in the free zone, in order to help them grow their operations in the region. It will also provide support services to enable companies to properly evaluate the local and regional markets and make informed decisions. The Center is supported by strategic partners, government entities, and Islamic economy companies. These partners will provide statistics, facilities, and services to boost the Center’s services and offerings.

His Excellency Majid Saif Al Ghurair, Chairman of the Dubai Chamber of Commerce and Industry, and Board Member of the Dubai Islamic Economy Development Centre, said: “As a collaborative effort between leading public and private stakeholders, this new initiative is a game changer for the Islamic economy as it will provide tailored support and valuable insights to manufacturers, suppliers and distributors of halal products and services operating in this space.”

“The establishment of the new Centre reflects the strong commitment of the government to supporting the development of halal industries, raising awareness about halal standards and certifications, and cementing Dubai’s position as a top Islamic economy hub.”

“We have been supporting and launching varied programmes to contribute to the Islamic economy capital initiative, particularly in support of halal trade, ever since the initiative was launched,” said Sami Al Qamzi, Director General, Department of Economic Development (DED), Dubai. “The Hub-to-Hub business model launched by Dubai Exports, the export promotion agency of DED, to support halal exports and re-exports through Dubai, is an umbrella for initiatives that contribute to developing the emirate into an Islamic economy capital and we see the DAFZ initiative as a significant addition to this strategy.” added the Director General.

“This center is one of the leading practical steps for the proper implementation of the Halal Products Conformity Assessment and certification of the Halal products from UAE to the region and worldwide according the internationally accepted Halal Products Standards. Since the beginning of the Halal accreditation service provided by EAIC, we have considered the specific requirements of this important and influential sector in the world economy. We adopted a policy to accredit for local and international standards to satisfy the industry and consumer’s needs. This made EIAC the first accreditation body to apply the UAE and international norms within the Halal products sector.” said Amina Ahmed Mohammed, Chief Executive Officer of Emirates International Accreditation Center (EIAC).

“As the internationally recognized AB with the largest scope in the region, our role is to assist in harmonization between the existing and recognized standards so, that products exported and re-exported from Dubai conform to international standards.”

“EIAC will provide the necessary support to the Halal Center for Trade and Marketing through the accreditation of conformity assessment bodies. Who are award Halal certificates for the products covered by the (HTMC). In addition to use of the successful joint initiatives between EAIC and the Dubai Islamic Economy Development Centre (DIEDC), one of this works is the Halal SmaTrace and Halal products DataBank, which uses the Block Chain technology For Farm-To-Table.For the purpose to provide the needed trust in the Halal products and facilitate international and inter-Halal trade between the different economies. One more part EIAC will participate is the ‘Halal Academy programme” with its slogan with all the world languages. This program offers a dedicated and special training program to the Halal Conformity Assessment businesses worldwide.” she added.

“The Halal market has witnessed great growth over the last few years and the UAE has made significant progress to become a leading country in this sector. The UAE has launched a number of initiatives, such as the International Halal Accreditation Forum in May 2016, to facilitate the trade of halal products between countries and remove the technical obstacles facing global trade within the Halal sector.” said Mohammed Badri, IHAF Secretary-General for The International Halal Accreditation Forum, IHAF.

“The launch of the Halal Trade and Marketing Center today shows our continued support for the efforts being made in the Halal industry, regional and globally, as part of the UAE vision.” He added.

“The UAE has made significant strides towards progressing the Islamic economy, and as the country’s leading Islamic bank we are proud to be associated with the launch of the first ever Halal Trade and Marketing Center. We look forward to supporting the Center in raising awareness and adoption of Halal products as we continue to contribute to making Dubai the capital of the Islamic economy, following the vision of His Highness Sheikh Mohammed bin Rashid Al Maktoum, Vice-President and Prime Minister of the UAE and Ruler of Dubai.” said Salah Mohammed Amin, Chief Executive Officer of Emirates Islamic.

“The Belt and Road Initiative is a massive opportunity to push for growth, particularly in the area of global trade”, said Dr. Adnan Chilwan, Group CEO, Dubai Islamic Bank. “The OBOR agenda will facilitate the connectivity amongst 60 plus countries, nearly half of which are Muslim nations. The launch of HTMC will bridge the gap and reinforce international trade within the halal economy further integrating all key stakeholders towards achieving a common goal. Dubai is uniquely positioned to connect the dots between Asia and Africa and our partnership here with DAFZ and DIEDC will definitely position the Emirate to become a leading hub of the global Islamic economy.

Rehan Shaikh, CEO, Islamic Banking Saadiq, Standard Chartered Bank said: “We are pleased to have been selected by DAFZ and DIEDC as a partner in the launch of the Halal Trade and Marketing Center. This launch provides an ideal platform to support the expansion of Shariah compliant products and services, in line with the increasing market demand. We look forward to the many successes of this collaboration and the further growth of the Islamic economy in the UAE and wider region.”

“The Center is proud to be a strategic partner for the Halal Trade and Marketing Center (HTMC), which is in line with the its vision to partner with Initiatives of Islamic Economy. The Center shall provide several consultancy and promotional services to Halal Product Providers in the market of Kingdom of Saudi Arabia and West Africa.” He added

“The International Trade Centre (ITC) is pleased to collaborate with DAFZ to support services offered by HTMC. As a sector with increasing growth potential, the global Halal market has emerged as a powerful commercial arena, which provides great opportunities for enterprises, especially in developing markets. ITC’s role as a provider of trade and market intelligence, with online tools that enable even the smallest business enterprise to have access to global trade data, can assist SMEs to link to supply chains and enhance their commercial presence in the halal food sector. While many market sectors are increasingly saturated and highly competitive, the evolving halal market offers a new range of opportunities with a different set of ground rules, giving agile and enterprising SMEs the chance to connect with this new marketplace. ITC aims to help SMEs be first movers in this area.” said Sadiq Syed, Trade Promotion Adviser, ITC.

“Being the global leader in empowering Islamic finance, Dar Al Sharia is pleased to be a service partner of the Halal Trade & Marketing Center (HTMC) and render support on all aspects of Islamic banking and finance. Also, under this initiative, we would be able to develop innovative and bespoke Sharia advisory solutions for HTMC Customers depending on their specific requirements. We look forward to HTMC being a pivotal catalyst in positioning Dubai as a global hub of Islamic economy and stand committed to the vision of His Highness Sheikh Mohammed bin Rashid Al Maktoum.” said Mian Muhammad Nazir, CEO of Dar Al Sharia.

“DagangHalal is pleased to be associated with HTMC. We hope this collaboration will be a successful venture for all stakeholders in this group” said Ali Sabri

​ HTMC is poised to take leadership through the launch of this global proposition and contribute to the global Islamic economy’s growth and development supported by strategic partners, government entities, and Islamic economy companies. ​​ 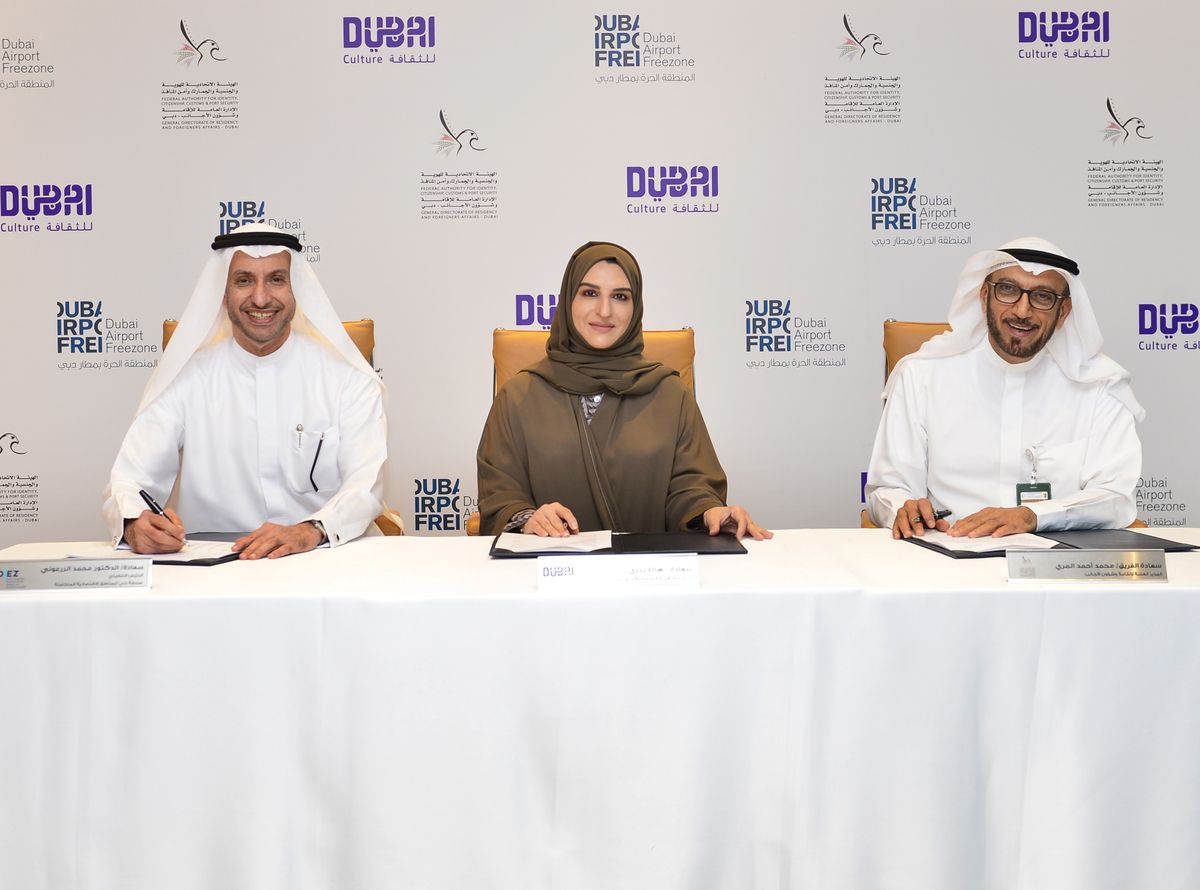 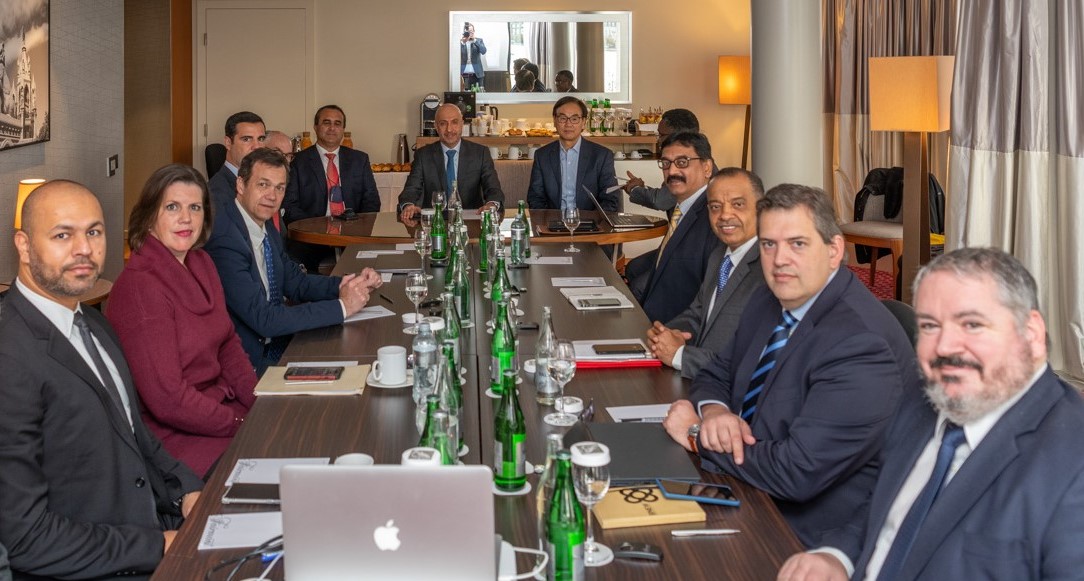