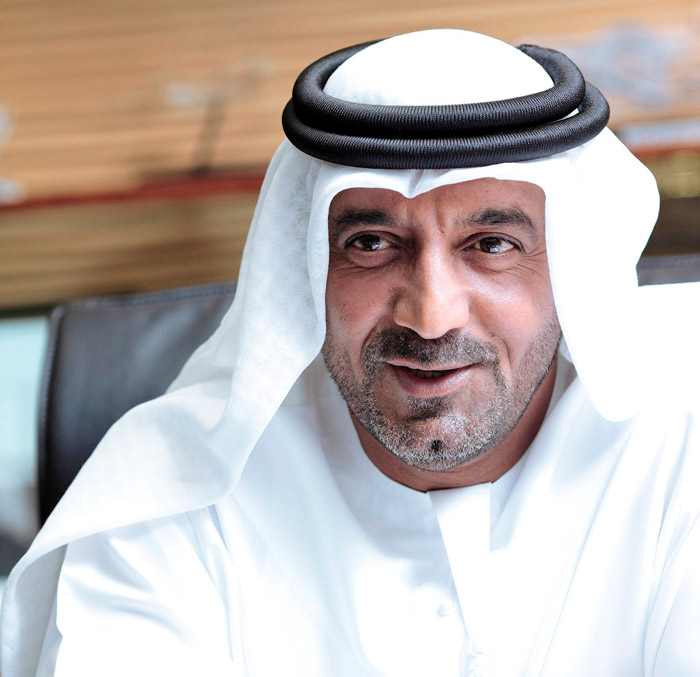 H.H. Sheikh Ahmed bin Saeed Al Maktoum, Chairman of the Dubai Airport Freezone Authority (DAFZ), has launched the ‘DAFZ’s Strategy for Islamic Economy’ which is based on strategic initiatives involving the Islamic economy and halal sectors. The strategy will help attract more foreign direct investments (FDIs) to the sectors and support the ‘Dubai – Capital of Islamic Economy’ initiative. It consists of three main directions and 20 strategic initiatives that will be implemented within the coming five years to help achieve the vision of making the Islamic economy more added value and competitive advantage to DAFZ.

H.H. Sheikh Ahmed bin Saeed Al Maktoum, said that ‘DAFZ’s Strategy for Islamic Economy’ is a response to the ‘Dubai – Capital of Islamic Economy’ initiative launched by H.H. Sheikh Mohammed bin Rashid Al Maktoum, Vice President and Prime Minister of the UAE and Ruler of Dubai. He explained that it has developmental perspectives and drive the national economy towards prosperity and sustainability.

The DAFZ Chairman affirmed his belief in DAFZ’s high level of competitiveness which ensures the best results in all the freezone’s practical works to enable it to become among the most advanced free zones in the world. He emphasized the importance of the strategy in view of the rapid local and global growth of the Islamic economy, especially after the UAE was ranked first in the Arab World and second globally in the Global Islamic Economy Indicator.

H.E. Dr. Mohammed Al Zarooni, Director General of DAFZ, said: “In the next five years, the ‘DAFZ’s Strategy for Islamic Economy’ will enhance the role of the freezone as an effective partner in achieving the UAE’s aspiration of becoming a leader in all fields and categories. We are proud of our achievements over the past years and we look forward to a promising future that reinforces DAFZ’s position as a leading hub for business, trade and investment. We are also eager to remain a key player in the development of the national economy and the Islamic economy in particular which has become a central sector within Dubai’s economy. The Islamic economy promises prosperity and growth for investors and will positively influence the GDP of the emirate.”

H.E. Dr. Al Zarooni added: “The Islamic economy is becoming increasingly important due to the high demand for Sharia-compliant products and services. By launching this new strategy, DAFZ aims to broaden its role in the development of the Islamic economy sector, which conveys all the elements of success and growth of various economic sectors.

After conducting a comprehensive study on the requirements of the Islamic economy market, DAFZ built the strategy based on three main directions for the next five years. The first will focus on two key initiatives: creating a new source of revenue growth for DAFZ by attracting investors in the Halal sector, and providing adequate support for existing customers that intend to enter the sector. The second will emphasize DAFZ’s role as a major motivator for the growth of the Islamic economy and the local Halal sector in Dubai by developing ten initiatives that fully support existing and new investors seeking to expand their business and invest in the Islamic economy. The third and final direction will involve eight initiatives that support the establishment of a Halal ecosystem capable of attracting leading companies in Halal industries that include food, fashion, pharmaceuticals, and cosmetics, among others.

‘DAFZ’s Strategy for Islamic Economy’ aims to attract more FDI into the Islamic economy to help the sector increase its revenues and double its contribution to Dubai’s GDP. The strategy is expected to attract more than 40 new investors in various sectors of the highly promising Islamic economy. A report issued by the Dubai Islamic Economy Development Centre covering the period from 2016 to 2017 estimates the global worth of the Islamic economy at USD 1.9 trillion. The strategy will help place DAFZ at the forefront of global freezones that support this economy.

In addition, DAFZ will explore investment opportunities within high-priority markets that exported Halal products to the UAE in 2015 such as Singapore, India, France, the Netherlands, Italy, Britain, Germany, America, Turkey, China, Saudi Arabia, and Oman.

DAFZ has taken many advanced measures in support of the Islamic economy and the Halal sector in particular. It recently launched a guide on ‘Dubai: The Global Gateway to Halal Industries’ which provides a comprehensive directory of the Islamic economic system to help foreign investors explore the various segments of Dubai’s Halal market. The guide also presents investors with evaluation models and checklists to help them enter the Islamic market and benefit from its strategic features and steps ahead.

DAFZ also hosts the International Innovative Platform for Islamic Economy Products (IIPIEP) which provides a major boost to the pioneering role in the development of innovative products and ideas supporting the global Islamic economic system. Furthermore, the freezone has forged a strategic partnership with the Malaysian Ministry of International Trade and Industry’s Halal Industries Development Corporation to promote investment opportunities within the Islamic economy between Malaysia and the UAE. DAFZ currently hosts some of the world’s biggest Halal companies, including Hershey’s, Abbot Laboratories, Natura Bisse, and Spanish Kits.