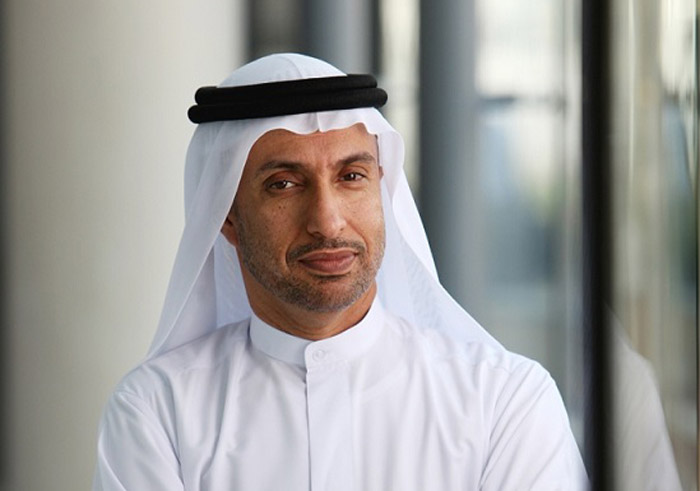 Dubai – MENA Herald: The ‘International Innovative Platform for Islamic Economy Products 2015’ (IIPIEP 2015) is set to kick off on November 22, 2015 at the Al Safina Ballroom of the Jumeirah Beach Hotel in Dubai. Organized by the International Centre of Islamic Economy and the Dubai Airport Freezone Authority (DAFZ), the event is part of efforts to encourage innovation and creativity in the development of new products as key additions to the international Islamic economy. The two-day event will be held in conjunction with UAE Innovation Week which was launched by H.H. Sheikh Mohammed bin Rashid Al Maktoum, UAE Vice President and Prime Minister and Ruler of Dubai, in line with of the directives of His Highness Sheikh Khalifa bin Zayed Al Nahyan, President of the UAE, upon declaring 2015 as the ‘Year of Innovation’. The international platform is poised to attract more than 300 participants including top-notch financial and economic experts, decision makers and representatives from official, supervisory, regulatory, legislative and executive entities to share the latest innovative ideas related to Islamic economic sectors.
IIPIEP 2015 is an initiative that supports Dubai’s proactive efforts to become the global capital of the Islamic economy. The event is drawing remarkable regional and international interest as a meeting point between the developers of innovative products and relevant experts in order to study the economic, technical, legal and legislative aspects, to find appropriate mechanisms for transforming creative ideas into practical products that can advance the growth of the global Islamic Economy.
The platform Speakers will include Dr. Khaled Bin Abdulaziz Al Janahi, General Advisor at the Dubai Islamic Economy Development Centre; Prof. Seif el-Din Tag el-Din, Professor of Economics at Al-Imam Mohamad ibn Saud University; Dr. Fuad bin Abdullah Al Omar, Former General Manager of Zakat House and Deputy Minister at the Kuwait Government; Prof. Fahad Bin Abdullah Al Yahya, Professor in Department of Jurisprudence at College of Sharia and Islamic Studies; Mr. John A. Sandwick, General Manager at Safa Investment Services; Mr. Oliver Agha, Group Chief Counsel for Abdul Latif Jameel International; Dr. Mohammed Al Suhaibani, Professor at SABIC Chair for Islamic Financial Markets Studies at Imam University; Dr. Sami Al Suwailem, Head of the Financial Product Development Centre at the Islamic Development Bank; Mr. Michael Gassner, Head of Islamic Finance in a Swiss Private Bank; and Associate Professor Dr. Said Bouheraoua, Senior Researcher at International Shariah Research Academy for Islamic Finance.
Dr. Mohammed Al Zarouni, Director General of DAFZ, emphasized the importance of organizing a high-level annual event such as the International Innovative Platform for Islamic Economic Products. He explained that the event provides a major boost for the efforts to establish Dubai as an influential force on Islamic economics, noting its important role in enriching knowledge and strengthening communication channels among decision-makers, industry experts, innovators and developers of creative ideas that support H.H. Sheikh Mohammed bin Rashid Al Maktoum, UAE Vice President and Prime Minister and Ruler of Dubai vision of making Dubai the capital of the global Islamic economy.
Al Zarouni said: “We are committed to the success of the International Innovative Platform for Islamic Economic Products as it complements the active role carried out by DAFZ as one of the world’s leading free zones that incubate innovation which has become vital for economic development along with 21st-Century needs. We share with the International Centre of Islamic Economics a common vision of creating strong foundations for improving the products and services of the Islamic Economy in line with the highest standards of innovation and excellence.”
“Through organizing this quality global initiative, we aim to stimulate creativity in the development of Shariah-compliant financial commodities, services, and products in the framework of integration between stakeholders from the public and private sectors. From our side, we continue to move forward in our tireless efforts to support the ‘Dubai the Capital of Islamic Economy’ initiative, by meeting the needs of customers and clients involved in the Islamic economic system and to provide a stimulating environment for innovation within DAFZ, which is today one of the most advanced free zones in the world,” he added.
For his part, His Eminence Dr. Abdulrahman Bin Saleh Al-Atram, President of the International Centre of Islamic Economy FZE and Secretary General of the International Islamic Foundation for Economics & Finance (IIFEF), said: “We are honoured to cooperate with DAFZ in the organization of the International Innovative Platform for Islamic Economic Products which is in line with efforts to build an integrated Islamic economic system that supports global economic growth. We intend this interactive event to encourage innovative ideas and their optimal use in enhancing the contributions of the Islamic economic model in shaping future development and finding effective solutions to economic issues.”
“By hosting dignitaries and prominent economists and financial experts we look forward to enhancing cooperation between the public and private sectors and arrive at a comprehensive framework that can help achieve the aspirations for the development of Islamic Economy products and services that are in line with regional and global development requirements,” he added.
The KSA will be represented in IIPIEP 2015 by a group of senior influential figures led by H.R.H. Prince Abdulaziz bin Faisal Bin Abdul Majeed; H.E. Dr. Ahmad Mohamed Ali, President of the Islamic Development Bank; Saeed Bin Mohammed Al-Ghamdi, CEO of The National Commercial Bank; and Bader bin Mohammed Al-Rajhi.
As part of its commitment to drive the development of the national economy, DAFZ recently signed a strategic Memorandum of Understanding with the International Centre of Islamic Economy that primarily focuses on choosing Dubai, and DAFZ in particular, to be the headquarters of the Center. The MoU aims to strengthen their mutual cooperation and make valuable contributions in support of the Islamic economy to Dubai’s overall GDP and support the ambitious objectives of the ‘Dubai The Capital of Islamic Economy’ initiative.