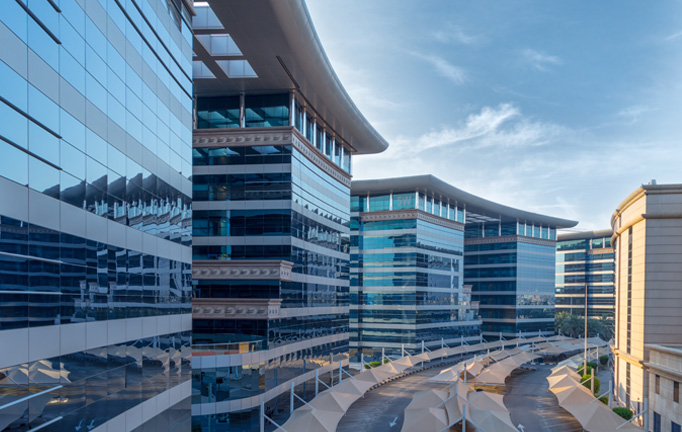 – Growth of 11.2% in the total trade
– Trade surplus of AED 16.2 billion
– Re-exports grow by 11.8%
​January 9, 2020; Dubai, UAE:​ Dubai Airport Freezone Authority (DAFZA) today announced that it contributed 12% of Dubai’s AED 1.02 trillion foreign trade in the first nine months of 2019. The results highlight the success of DAFZA’s strategic projects that have played a role in supporting Dubai’s economic growth and enhancing its GDP.  ​
DAFZA’s operational performance supported the increase in global trade through the free zone. DAFZA achieved a growth of 11.2% in the total value of foreign trade to reach AED 120 billion, in addition to an 11.8% growth in re-exports, valued at AED 68 billion and accounted for 21.7% from the total re-exports in the emirate of Dubai. This came as a result of establishing the free zone’s position as a key gateway for global trade, providing a full set of customs and logistic services and facilities, promoting ease of business.
​
DAFZA’s operations during the first nine months of 2019 helped achieve a large trade surplus of AED 16.2 billion. This reflects the efficiency of DAFZA’s administrative, operational and financial approaches, which were placed to ensure DAFZA’s major contribution to the government’s trade plans and economic diversification strategy.
Major contributor to Dubai’s economy​​
​​​
H.E. Dr. Mohammed Al Zarooni, Director General of DAFZA, said: “Today, DAFZA is a key contributor to Dubai’s economy, attracting foreign direct investments from all over the world. Despite economic conditions and global uncertainties, the results achieved across a range of KPIs reflect the increasing global trade volumes coming through the free zone towards international markets.
“DAFZA’s success has continued over two decades since its establishment and we continue to strive to achieve our strategic objectives. The free zone’s strategic location next to Dubai International Airport, represents a vital connection between the East and the West. This location, in addition to our progressive portfolio of services and incentives, have ensured continued progress and we look forward to continue this in the future,” Al Zarooni added.
“DAFZA has become a strategic partner to foreign investors who benefit from our world-class services and advantages that facilitate ease of business. These services have enabled DAFZA to become a key destination for foreign direct investments in the region and a strategic entry point towards regional markets. We will continue to focus on providing flexible services to international organizations and SMEs, located in the free zone,” Al Zarooni concluded.
Trade Partners​
India accounted for the highest percentage of DAFZA’s trade with 18.7% at AED 22.4 billion, followed by Switzerland with 17% at AED 20.2 billion, then China with 15.5% at AED 18.6 billion. In terms of exports and imports, India ranked first in imports and accounted for 42.5%, valued at AED 22 billion, followed by China with 36% at AED 18.5 billion, while Switzerland topped the list of countries in terms of re-exports from DAFZA with 28%, valued at AED 19 billion.
​
Traded Goods​​
In terms of goods, machinery and electrical equipment ranked first with 57% of the total re-export value of AED 39 billion and 49% of total imports accounted at AED 25.2 billion. Followed by pearls, semi-precious stones and metals with 35% of the total re-export value of AED 24.1 billion and 43% in terms of total imports worth AED 22.5 billion. Both sectors represent 92% of DAFZA’s total trade.
​
The free zone achieved a trade surplus across all sectors in the first nine months of 2019, with the machinery and electrical equipment being the major driver to the imports and exports growth, with 13% at AED 7.4 billion.
Ongoing efforts to attract global investors​​
DAFZA will continue to attract investors and companies from all around the world, enabling them to start their operations in Dubai and enter regional markets through a unique investment environment.
​
DAFZA recently received an official delegation from the Bank of China to discuss prospects of future collaboration. The Chinese delegation was briefed on key, DAFZA-led strategic projects and initiatives, and the free zone’s experience over the last two decades in attracting, increasing, and sustaining foreign direct investment. This played a vital role in the economic growth in Dubai, driving business across more than 20 key sectors. The delegation was also briefed about DAFZA’s latest services offered to international companies, particularly Chinese companies based in DAFZA.
​​
DAFZA also welcomed a delegation from the Enterprise Europe Network (EEN) as part of the networks’ mission. The delegation comprised of representatives from 32 European companies on a multi-sector mission with a focus on EXPO 2020 Dubai. The delegation was briefed on market information from the UAE and the region, best ways to start a business and the incentives offered by DAFZA in this regard.
​​