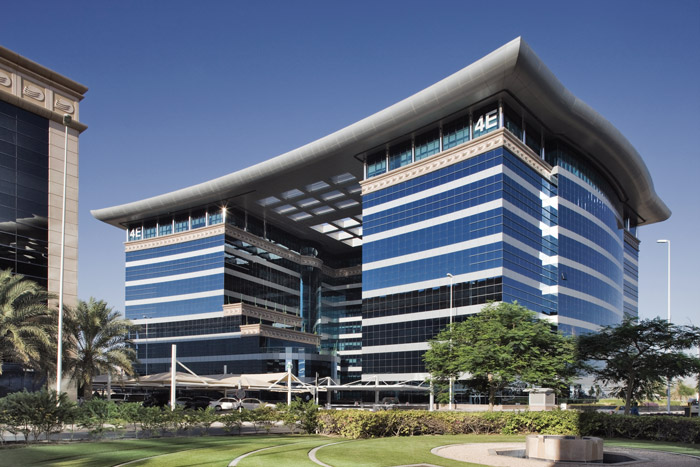 The Dubai Airport Free Zone Authority (DAFZ) aims through its participation in the 2015 Dubai Airshow, to attract more pioneers of the aviation industries from around the world. This is in line with its ongoing commitment to provide a strategic platform for international companies to build a strong presence in the regional markets. DAFZ revealed that the aviation sector represents one of its most important sectors, accounting for 10 per cent of the total number of international and multinational corporations taking advantage of the freezone’s investment facilities, incentives and services.
DAFZ will showcase a world-class portfolio of administrative and logistical services and facilities that meet the aspirations of regional and international investors. It will highlight special features such as a strategic location close to the Dubai International Airport, various investment incentives, tax exemption, an enticing legislative infrastructure, and a focus on excellence in the work environment, innovation, and technological progress.
DAFZ currently hosts a number of the world’s major aviation and aerospace multinational companies, including Airbus, Boeing, General Electric, Rolls Royce, and Bombardier, which represent 28 per cent of the number of aviation companies operating in the freezone. The industry is drawn to DAFZ’s stature as an ideal destination for the world’s leading aviation and multinational companies seeking opportunities to enter new markets. The participation of DAFZ in Dubai Airshow 2015 emphasizes its vital role as an active partner to the aviation sector which contributes 26.7 per cent to Dubai’s GDP which is equivalent to USD 26.7 billion – in 2013 and which is expected to account for 37.5 per cent by 2020 and 44.7 per cent in 2030.
Dr. Mohammed Al Zarooni, Director General of DAFZ, said that aviation is one of the vital sectors within DAFZ, as it accounts for a large share of total the number of international and multinational companies benefiting from DAFZ’s services and facilities. He also emphasized the importance of participating in Dubai Airshow 2015 as an opportunity to directly interact with existing and potential partners and inform them about the smart services, investment incentives, and promising opportunities offered by DAFZ. He noted that the freezone provides a big boost to the aviation sector which in turn is a major contributor to the global economy.
Dr. Al Zarooni added that that the aviation sector has direct and indirect contributions to the national economy, pointing out that over the past few years Dubai has succeeded in promoting competitiveness in the domestic aviation sector which has become a major driver of employment; statistics indicate that 21 per cent of the total jobs in the emirate come from this sector. Aviation’s contribution to employment is forecasted to further rise to 29.5 per cent and 35.1 per cent by the years 2020 and 2030, respectively.
“We seek to broaden the contributions of the aviation sector in the provision of competitive jobs, by attracting an elite workforce of aviation specialists. The share of these practitioners constitutes 17 per cent of DAFZ’s total workforce which recorded 20 per cent growth over last year. The growth and development of the sector is also the result of the unlimited support of the wise leadership and the great efforts made to invest in infrastructure and promote openness to global markets,” said Dr. Al Zarooni.
“DAFZ is committed to act in accordance with the guidance of H.H. Sheikh Mohammed bin Rashid Al Maktoum, UAE Vice President and Prime Minister and Ruler of Dubai, in making Dubai the world’s best city. Given the importance of the aviation sector in advancing economic development, we focus on strengthening competitive advantages in order to attract leading international and multinational companies operating in the aviation sector and in the related industries, by taking advantage of DAFZ’s strategic location closed to the Dubai International Airport. Indeed, we have succeeded in providing an integrated portfolio of encouraging investment incentives, tax and customs exemptions, motivational infrastructure and legislative environment, logistics, cutting-edge facilities and smart solutions that enhances DAFZ’s leadership as one of the most advanced free zones in the world,” added Al Zarooni.
“Over the past few years we have been able to strengthen our leadership as a preferred partner of aviation, cargo, and aerospace companies, in particular from the United Kingdom, France, the United States of America, and Germany, which represent 18, 12, 11 and 10 per cent of total aviation companies operating in DAFZ respectively. We are committed to continue creating an attractive investment environment with the highest standards of excellence, innovation and technological progress, in order to meet the aspirations of regional and international investors and provide more promising job opportunities as we enlarge our contributions to the development of the national economy,” concluded Al Zarooni.
During Dubai Airshow 2015, DAFZ will share its latest administrative and logistical services and smart innovative solutions, particularly its zone-wide Wi-Fi service. The DAFZ Chalet will host the Advisory Council meeting for the 2016 Global Aerospace Summit along with a business breakfast to be attended by Dr. Al Zarooni, senior government officials, decision-makers and CEOs of major international and multinational aviation corporations. The Chalet will also feature an ‘Innovation Camp’ to be organized as part of joint efforts with INJAZ-UAE to develop student skills, as well as a series of workshops prepared especially for small and medium enterprises in partnership with consulting firm Booz Allen Hamilton.
DAFZ will conclude its participation in the Dubai Airshow with workshops to be organized in association with Airbus entitled ‘Future Day’. The activity will provide an interactive platform for students to experience the aviation and aerospace industries.