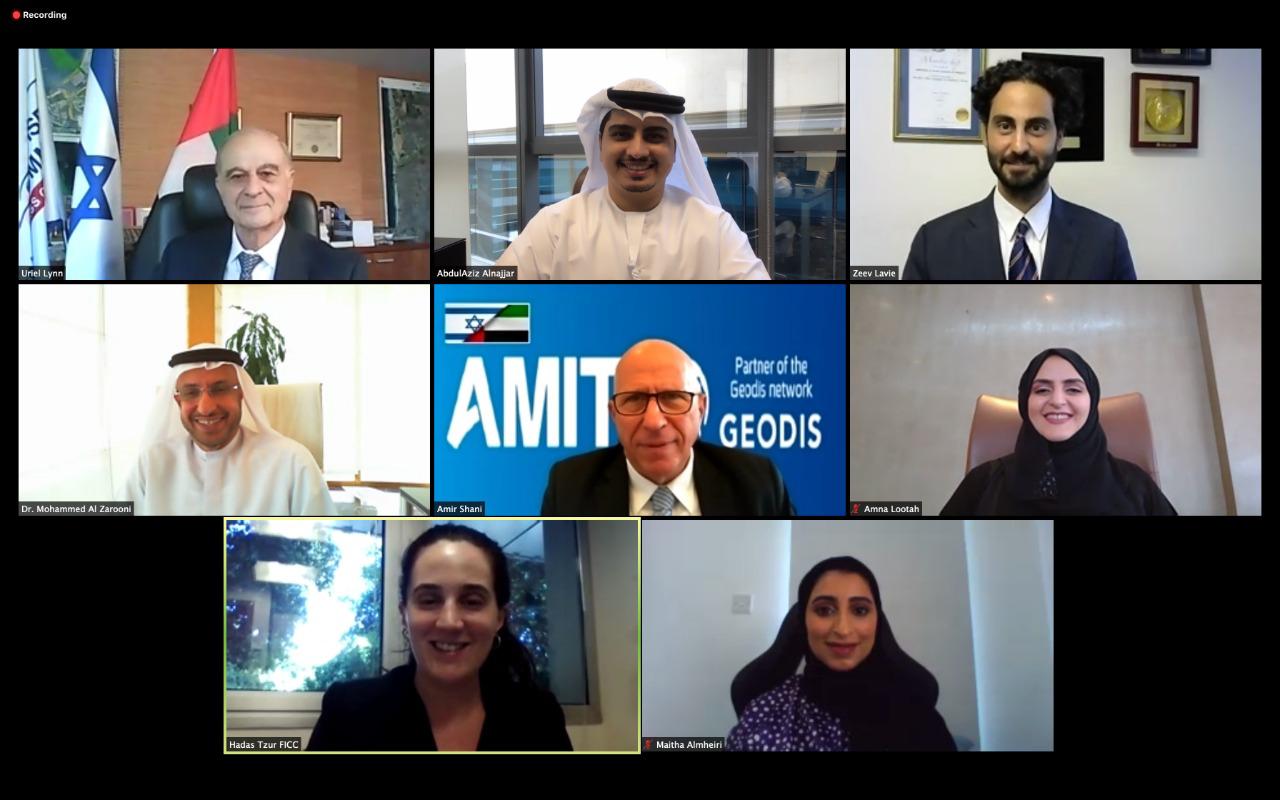 DAFZ signs an MOU with the Federal Israeli Chamber of Commerce

25 September 2020, Dubai, United Arab Emirates: Dubai Airport Free Zone Authority “DAFZ” announced the signing of a memorandum of understanding with the Israeli Federation Israeli Chambers of Commerce “FICC” to define frameworks for bilateral cooperation between the two sides in the field of encouraging and supporting Israeli companies to establish their businesses and take advantage of commercial and investment opportunities and incentives. They were presented by the Dubai Airport Free Zone, during a virtual ceremony held remotely, in the presence of His Excellency Dr. Mohammed Al Zarooni, Director General of the Dubai Airport Free Zone Authority, and Mr. Uriel Lynn, President of the Federation Israeli Chambers of Commerce.

Through the memorandum, DAFZ will promote the emirate of Dubai as a global trade center. A stimulating business environment for Israeli companies, to introduce them to the nature of business and investment opportunities that they can benefit from through several joint initiatives that will be organized in cooperation with the FICC, which serves as roof organization to over 5000 businesses and organizations operating in more than 120 divisions, for what DAFZ represents as an ideal location for business growth at the regional level and the Emirate of Dubai as a platform to enable Israeli companies to expand and reach the Asian and Middle Eastern markets through the air logistics port of Dubai International Airport.

“DAFZ” will provide the companies of the Federation of Israeli Chambers of Commerce with incentive offers to establish businesses and integrated services in this context, by supporting startups, as Israel is the second incubator for emerging companies in the world, in addition to e-commerce companies that will benefit from the free zone specialized in e-commerce “Dubai Commercity,” which will enable them to gain access to the different e-commerce system in the emirate with competitive incentives agreed upon by both sides.

Also, the two parties will cooperate in the field of exchanging information and experiences to achieve common goals, in a way that contributes to introducing the companies of the two countries to the vital business environment for establishing and developing their business, in addition to promoting the services and facilities provided by DAFZ and FICC.

Al Zarooni added, “DAFZ enjoys a strategic location that makes it a gateway to Asian markets, as it will redirect trade movement smoothly, faster and more efficiently to those markets through the emirate of Dubai, which provides important commercial opportunities for Israeli companies.” The Dubai Airport Free Zone Authority seeks to attract more foreign investments and support them, as this agreement emphasizes the role of “DAFZ” in encouraging companies from various sectors to launch and expand their business in Dubai by providing all facilities, competitive incentives, and other services that reflect Dubai’s leadership in the business scene at the regional and global level. This is what Israeli companies can benefit from, supported by the free zone site next to one of the busiest airports in the world.

Adv. Uriel Lynn, President of the Israeli Federation Israeli Chambers of Commerce, said: “The signing of the MOU with DAFZ- Dubai Airport Free Zone Authority is a historic event that will go down in history as an example what can be achieved in our world if 2 countries are bent on creating more prosperity for their people. It will be a mutually advantageous for Dubai and the Israeli business community, as more business will utilize the developed facilities and services in DAFZ, and create a bridgehead for Israeli business for enhancing its foreign trade in products and services. The message of peace will take a form of working together for the people of both countries.”

It is noteworthy that this cooperation between both parties will enhance the process of supporting the business of many major targeted industries, such as logistics, technology, and electronics, in addition to the precious stones and metals industry, the agricultural industry, the pharmaceutical, and medical equipment industries, and areas of research and development.

In 2019 machinery and electrical and electronic equipment ranked first with 55% of the total foreign trade in 2019, with a value of AED 37.4 billion for imports and AED 53 billion for exports and re-exports. This was an increase of 14.3% or AED 11.3 billion in DAFZ’s total trade. Precious stones and metals followed this with 38% of the total import value at AED 29.6 billion and AED 32 billion in exports and re-exports. This meant an increase of 10.4% worth AED 5.8 billion. Both sectors represent 92.6% of DAFZ’s total trade. This makes the attractiveness of working in support of trade exchange in these industries a vital matter, as precious stones and metals are considered to be a significant contributor to Israeli trade in 2019, as Israel’s exports reached $ 11.9 billion, which is 20% of its total exports and $ 5.12 billion of its total imports, the value of exports of the electronics, electrical and technology industries in Israel valued at $ 7.98 billion of its exports while imports came to $ 8.03 billion. DAFZ and Israel share at the forefront of their trading partners in the Asian markets, which will increase and enhance the contribution of “DAFZ” to Dubai’s foreign trade and, in return, for facilitating Israeli commodities and services to the region and promoting them.

About The Federation of Israeli Chambers Of Commerce FICC

The FICC was founded in 1919 as an independent and non-profit entity. It is the leading economic organization representing the trade and service sector, the largest and most influential industry in Israel.

The FICC serves as roof organization to over thousands businesses operating across various divisions that represent 240 industries and include various economic branches, importers, exporters, service providers, wholesalers, retailers, and financial and business services.

The FICC has created a powerful and pivotal network for businesses both locally and abroad, providing its members with an effective professional support system.

The uplifting scenes at the signing of the Abraham Accord, in which Israel’s Prime Minister joined Emirati and Bahraini leadership in affirmation of peace, marked an important and historic step toward regional reconciliation and a more stable and flourishing the Middle East.